Gamepad for microbit V4.0 adopts micro:bit control handle with rocker design and high-precision three-axis analog rocker. With the addition of analog rocker, you can control Maqueen's direction and speed at the same time. Moreover, with up to 7 programmable keys, you can also control more interesting functions, or switch to a more simple and understandable switching value control mode. In the latest products, we put the battery box directly on the PCB board, which is more convenient and easy to use in use and teaching experience. 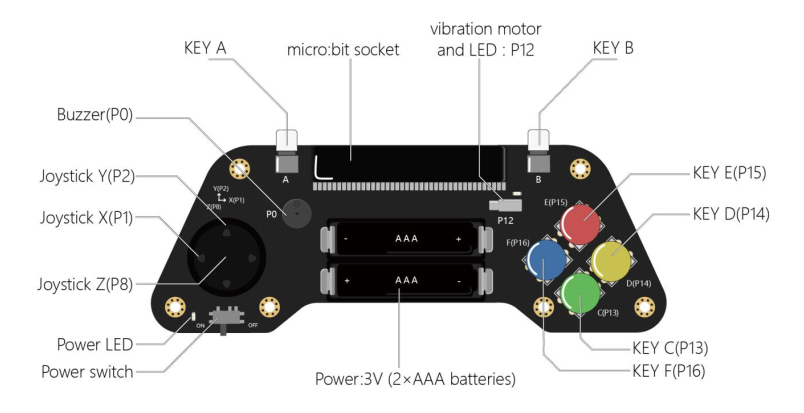 The basic usage of MakeCode will be omitted here. This chapter will mainly introduce the function of product and how to program it on MakeCode.

MakeCode programming platform address: https://makecode.microbit.org
GamePad library: you can directly program this product on MakeCode without any third-party libraries.

Use the Gamepad’s joystick to operate Maqueen to move forward and backward, turn left and right. Press the up and down buttons to control the movement of the gripper, the left and right buttons to turn the robot car’s LEDs on/off. Install the gripper on Maqueen Lite and connect it to port S1.

Run the program, toggle the rocker, and Maqueen Lite executes as follows:

Run the program, toggle the rocker, and Maqueen Lite executes as follows:

Note: the greater the amplitude of the rocker, the faster the trolley will run.

Micro:bit gamepad is an expansion gamepad based on micro:bit. You only need to plug in the micro:bit, it will turn into a wireless remote controller or a wireless game console. This product packaged with acrylic plate, that giving it a good feel and no longer feels like a bare circuit board. The gamepad has a total of 8 buttons, the left side have up, down, left, right four buttons, the right side has X, Y two buttons, and two buttons A, B are in the front of the gamepad. The gamepad also has programmable built-in vibration motor, buzzer, and LED. Using graphical programming, it will turn into a multimedia vibration controller or multimedia interactive game console instantly. The programming platform supports MakeCode graphical programming and python. It is a very suitable tool for both beginners and masters.

The basic tutorial of MakeCode:

The programming of event trigger 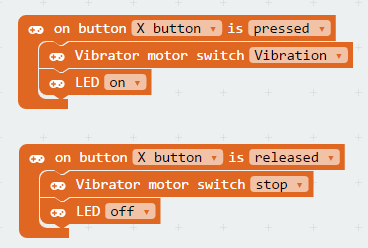 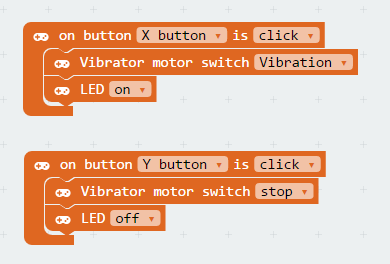 The Programming of Cyclic Query 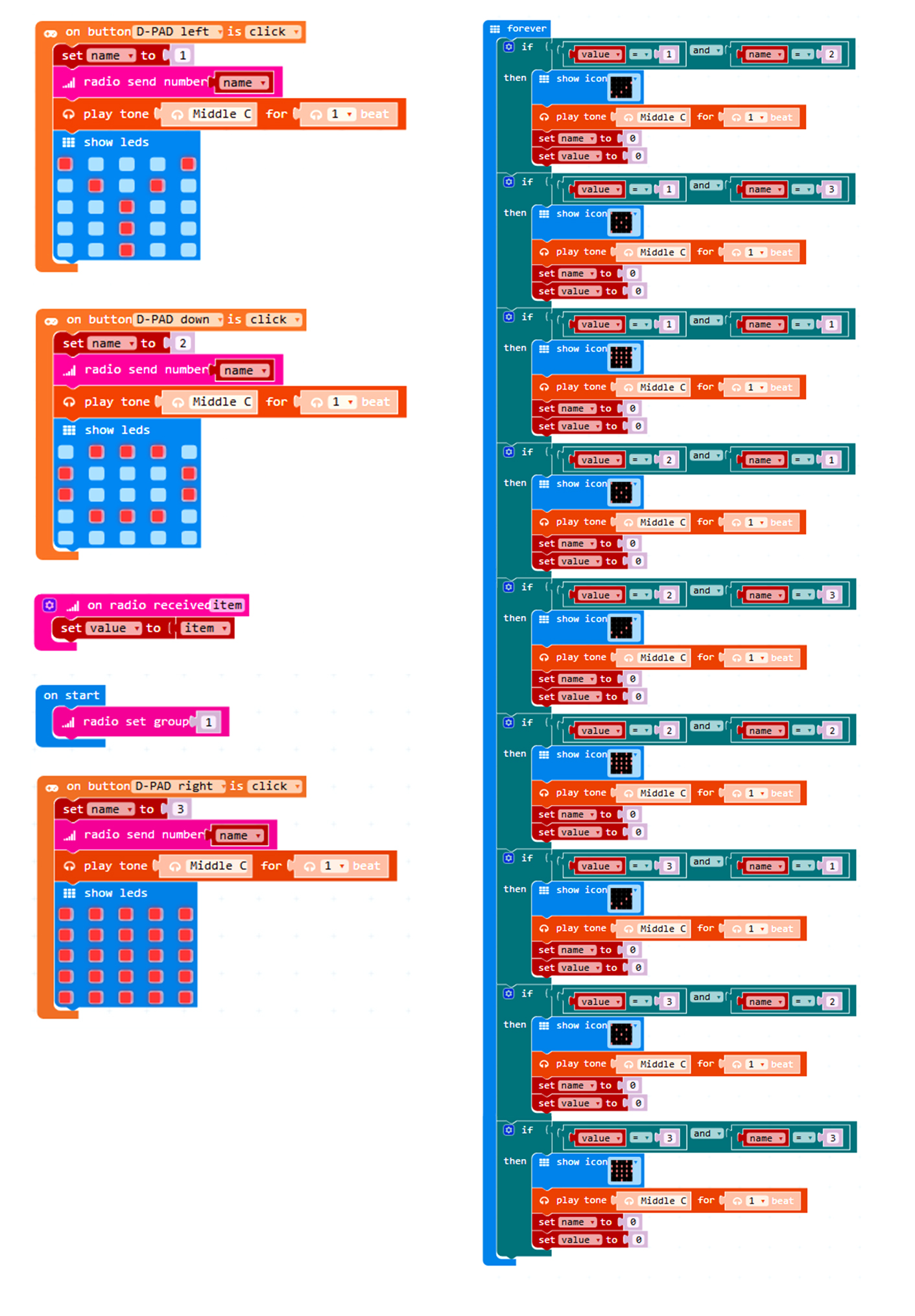 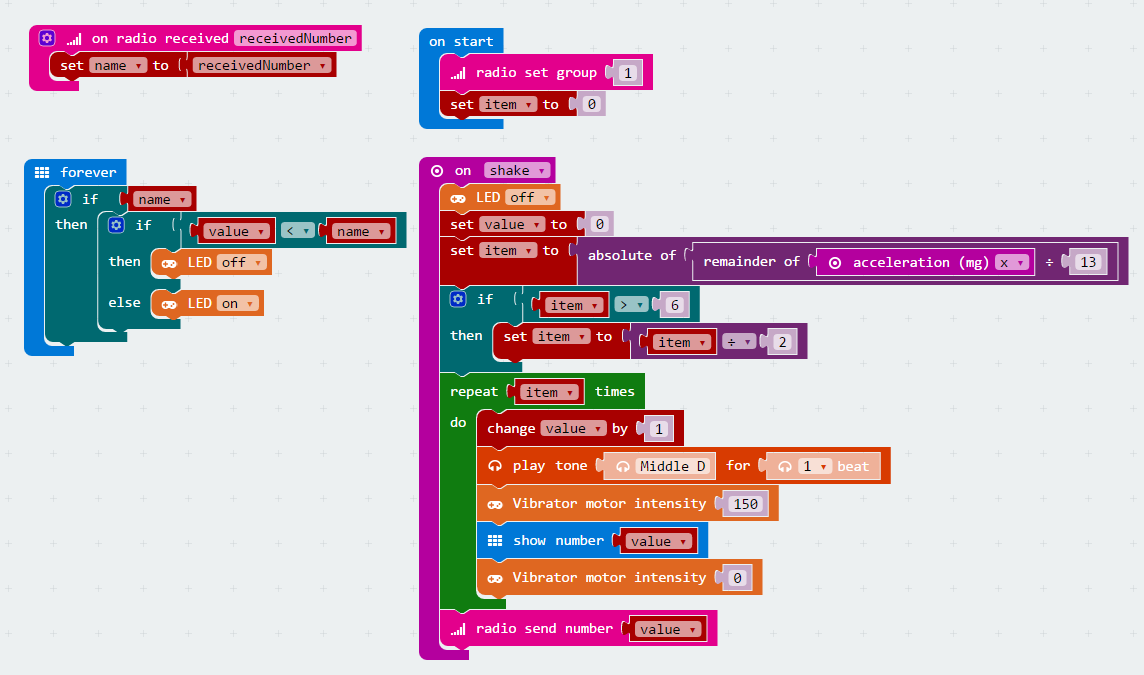 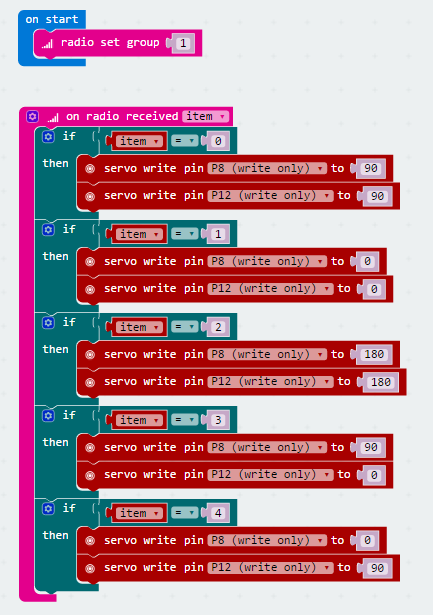 Get micro:Gamepad from DFRobot Store or DFRobot Distributor.